Plastic Capitalism examines the interplay between the aesthetics of contemporary art, global systems of energy-use, and the ways waste is defined through its exchange, recovery and excess. Through the lens of contemporary art, I situate waste at the point of contact between ecology and the ideologies of energy management that drive the global economy. The book addresses waste as a topological agent that is gauged at the sites where it transforms social relations, subjectivities, the senses and the cultural imaginary. I propose that the oil economy is accompanied by a visual regime that expresses a highly contradictory form of energy management characterized by an imperative to conserve and redistribute energy, on the one hand, and on the other, an economic dictum to expand oil consumption. 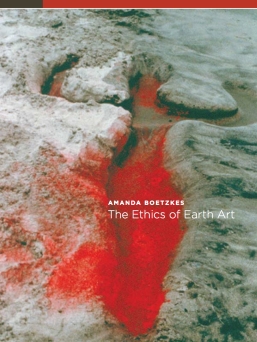 The Ethics of Earth Art. Minneapolis: University of Minnesota Press, 2010.

Since its inception in the 1960s, the earth art movement has sought to make visible the elusive presence of nature. Though most often associated with monumental land-based sculptures, earth art encompasses a wide range of media, from sculpture, body art performances, and installations to photographic interventions, public protest art, and community projects.

The Ethics of Earth Art analyzes the development of the earth art movement, arguing that it mediates the sensations of nature while allowing nature itself to remain irreducible to human signification. I contend that in basing their works’ relationship to the natural world  on receptivity rather than representation, earth artists take an ethical stance that counters both the instrumental view that seeks to master nature and the romantic view that posits a return to a mythical state of unencumbered continuity with nature. 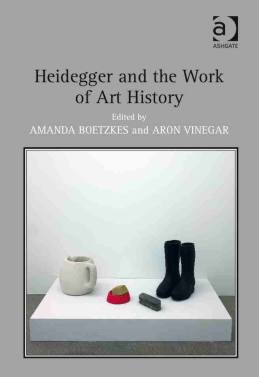 Heidegger and the Work of Art History explores the impact and future possibilities of Heidegger’s philosophy for art history and visual culture in the twenty-first century. Scholars from the fields of art history, visual and material studies, design, philosophy, aesthetics and new media pursue diverse lines of thinking that have departed from Heidegger’s work in order to foster compelling new accounts of works of art and their historicity. This collection  also shows how studies in the history and theory of the visual enrich our understanding of Heidegger’s philosophy. In addition to examining the philosopher’s lively collaborations with art historians, and how his longstanding engagement with the visual arts influenced his conceptualization of history, the essays in this volume consider the ontological and ethical implications of our encounters with works of art, the visual techniques that form worlds, how to think about ’things’ beyond human-centred relationships, the moods, dispositions, and politics of art’s history, and the terms by which we might rethink aesthetic judgment and the interpretation of the visible world, from the early modern period to the present day. 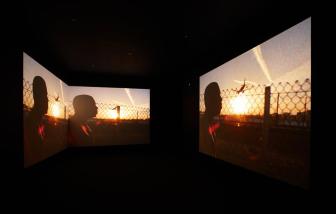 Ecologicity: Vision and Art for a World to Come. In progress.

In Ecologicity, I consider the aesthetic and perceptual dimensions of visualizing the ecological condition with a particular focus on global warming and glacier melt. I theorize the interplay between artistic propositions for inhabiting the planet and the readjusted parameters of perception demanded by ecology. I ask, how do visual images mediate our capacity to think ecologically? How does ecology transform perceptual limits, compelling us to refigure environments? On what terms can one define an ethics of artistic practice geared toward a contested future?